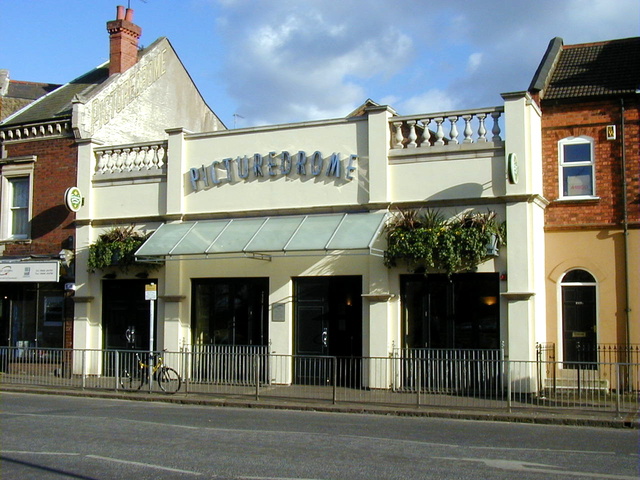 The Northampton East Park Picturedrome opened on November 12th 1912, it was attended by 400 guests. The cinema’s capacity was 500 seats.

The architect/owner was A. Robinson. The Picturedrome was quite a success and when Mr. Robinson died his son Edgar took over the running of the cinema until it was sold in 1935 to Mr. H. D. Pascoe. The East Park Picturedrome was rumored to be the first cinema in the country to install a panoramic wide screen and to feature the then experimental Metroscopix film system in 1953. The screen was 27 feet wide and 15 feet high and stood in front of the original 18 feet wide proscenium.

The cinema closed on 6th December 1958 with Scott Brady in “Blood Arrow”, and was sold off. It was to reopen as a cinema 40 years later in 1998, the building is now a restaurant/bar and is now a Grade II Listed building.

This webpage includes additional historical detail and then and now pictures of the Picturedrome in Northampton.