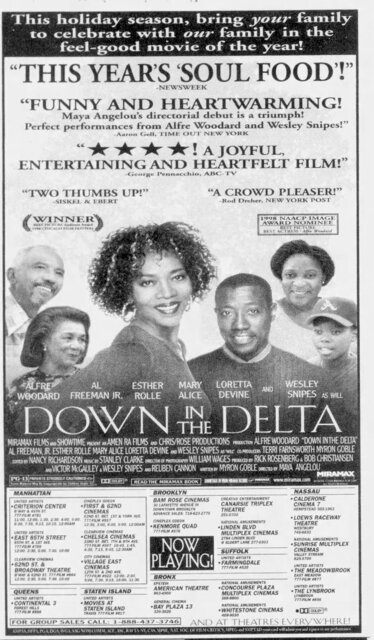 The UA Continental 3 was located just up the block, across the street from the Brandon Twin Cinemas, formerly known as the Continental 1 & 2. The Continental 3 was opened by Walter Reade Theatres on March 21, 1963 with Shelley Winters in “The Balcony”. It was closed on January 7, 1999 with Alfred Woodard in “Down in the Delta”. It has since been gutted and turned into The Gap and a medical center.

I only made it to the Continental 3 on one occasion, when I saw Stanley Kubrik’s Full Metal Jacket, right after its release. The big screen, excellent sound set up really worked to enhance my enjoyment of this film. The demise of this theater is certainly to be regretted.

While I don’t know the exact address for this theater, the street should be Austin St, this theater was right across from the Continental 1 2, now Brandon.

The Continental “Triplex” was the last stop for me in my stint with UA. I was the manager for just three months in 1988 before throwing in the towel.

Continental number 3 was a beautiful theatre. It possessed a large auditorium, 70mm capability and dolby sound. The theatre was very young and in great condition.

Continental 1 and 2 was a dump. Old beat up seats, the screens were mounted up too high to comfortably watch a movie and the projection booth was pre-historic. I also remember the concession stand was positioned so that there was maybe a four-foot wide space between the stand and theatre doors.

Closing theatre number 3 and keeping Continental 1&2 open was in my opinion a mistake.

I remember the Continental as a single-screen theater. I saw Star Wars there with my father in August of 1977.

Tinseltoes. Obviously you didn’t read the comment the webmaster, Ken Roe, addressed to you, in part, on the Community Twin site. The top ribbon was created at the time the theatre was entered on CT from sources which may not have been correct. There is no way of making the correction. So there is no point in reporting this problem on a theatre by theatre basis.

I just checked back. I see no duplicate listing for this theatre. At one time there was a Continental a short distance away from this now known as the Brandon Cinemas.

Tinseltoes, the original Continental Theatre (now Brandon Cinemas) was located across the street and down the block from the Continental 3, which was opened in former retail space as a sister to the earlier house, which had been twinned by that time. I had posted a link to your 1981 image in the comment thread of the Brandon Cinemas page. I was hoping you might re-post the photo to the right theater.

Please update and correct, theatre closed January 7, 1999 with Down By The Delta. Theatre closed a month after the Midway reopen. United Artists chose not to advertise the Forest Hills theatres in New York Newsday during the last year of operation.

The Continental 1 and 2 may have opened in ‘63, but the 3, which was equipped for 70mm, opened much later, probably in the 90’s. The Brandon stayed open longer.

When I heard they were closing the 3, I wrote to the landlord asking him to keep the 70mm theater or to move that equipment to the other theater, but he said they closed the 3rd theater because it was easier to reconstruct into retail because the floor didn’t have as deep a slope. The Brandon is now a pediatric emergency care center. The 3rd theater, as stated, is now a Gap.