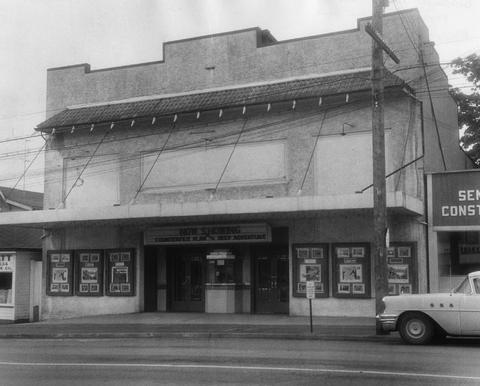 The Hollyburn Theatre opened in 1926 and closed sometime around 1955. The single-screen house seated 449. Any additional information would be appreciated.

A picture of the Hollyburn Theatre probably taken in 1957 can be seen here.

The original owner was Howard Fletcher, who had the theater built in 1925 and opened it in May 1926. Original seating capacity was 800 with 250 of those seats in the balcony. It was one of five theaters owned by Fletcher. In 1947 he sold the Hollyburn to a Texan named Barnes, who is said to have played too many Westerns for the taste of the local audience. Eventually the theater closed and was converted into retail space, housing a women’s apparel store called Fashionwise and later Simpson’s Hardware. Home Hardware was the occupant when the building was destroyed in a suspicious fire on May 18, 1993. Image of a news story relating all this here.