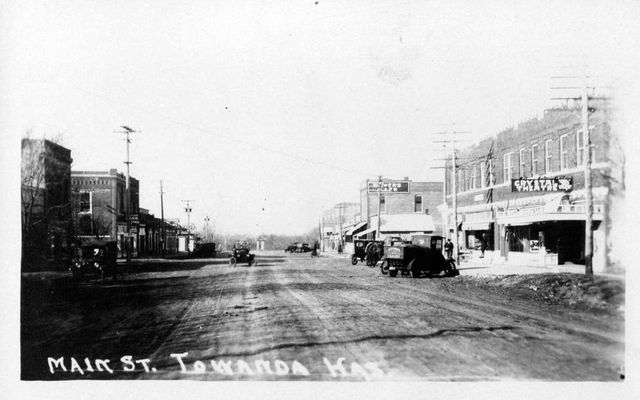 The Crystal Theatre was located at one end of the still-existent Towanda (KS) State Bank building and little is known of it.

So far, the only early trade journal reference I’ve found to movie theaters in Towanda, Kansas, is this item from the January 5, 1918, issue of The Moving Picture World:

“Towanda, Kan. —Towanda is soon to have another picture show building. Joel Davis is planning a new brick theater building on Main street.”

As the Crystal was in a bank building, and Mr. Davis was planning what sounds like a dedicated theater building, his project probably wasn’t the Crystal, but as it also sound as though Towanda already had a t least one theater in operation, perhaps that one was the Crystal. The bank building does look as though it could date from before 1918, and Crystal was a very popular name for theaters in the 1910s.