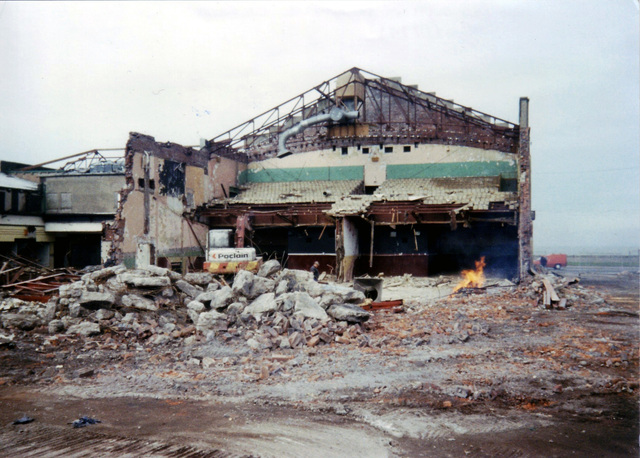 Located on the Promenade of this Lancashire seaside town. The Floral Hall complex was built to the west of Morecambe Railway Station in 1937-1939. The complex consisted of the 2,200-seat Floral Hall, the 1,500-seat Empire Theatre and the 935-seat Arcadian Theatre. There was also a café and dance hall.

The Empire Theatre opened in July 1938 as a live theatre. From September 1938 until the summer of 1939 it was in use as a cinema. Live shows then returned, and in the following years it had a mixed use of live shows and films.

In the mid-1950’s it was taken over by the Coventry based Orr Circuit of cinemas. It was equipped to screen CinemaScope films and the proscenium is listed as being 45 feet wide. At Easter 1967 70mm and a giant Vistarama deep curved screen with six-track magnetic Stereophonic Sound was installed. It was twinned in 1970, and re-opened on 14th June 1970 as a 1,200-seat cinema in the former stalls and 250-seat cinema in the former circle. The large cinema was equipped to screen 70mm films.