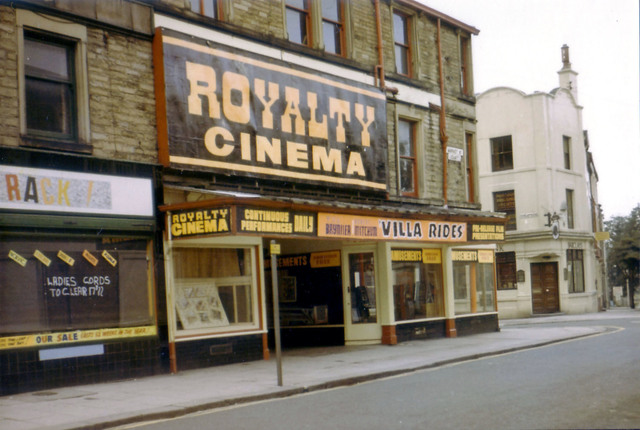 Located in the Lancashire seaside town of Morecambe. The Royalty Theatre & Opera House was opened on 4th April 1898 with a production of “The Sign of the Cross”. Built on the site of the Assembly Rooms, it was designed by noted theatre architect Frank Matcham in a French Renaissance style. Interior plaster work was by A. R. Dean & Co. of Birmingham. Seating was provided for 1,555, with 160 in orchestra stalls, 850 in pit stalls, 55 in dress circle, 120 in upper circle and 110 in the amphitheatre which had a gallery at the rear seating 250. On each side of the proscenium were two pairs of private boxes, which could seat 10 persons. There were 450 standing places. The proscenium was 24 feet wide, the stage was equipped with a revolve, and there were six single dressing rooms, two chorus rooms and a band room. The orchestra pit could accommodate 12 musicians.

The Royalty Theatre & Opera House was built for a Mr J. Jowett as a drama theatre. It was screening films during the winter months in 1908, and this continued until 1913, when live theatre use returned throughout the year. It operated for many years as a repertory theatre.

The Arndale Shopping Centre was built on part of the site and opened in 1972.

The last time I visited Morecambe was in 1969 when all the resort’s cinemas and theatres, including the Royalty, were still open apart from the Gaumont. The film showing when the above photo was taken, ‘Villa Rides’, was released in 1968.