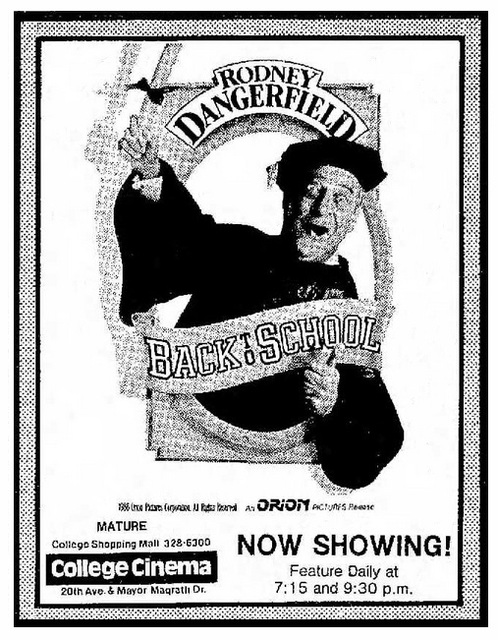 The College Mall Cinema was operated by Famous Players between 1969 and 1994. Any additional information would be appreciated.

This theatre was operated jointly by A. W. Shackleford and Famous Players Canadian Corporation, through a company called Lethbridge Theatres Limited.They controlled ALL theatres in Lethbridge for many many years!

This single screen theatre was the second in Lethbridge to be upgraded to Dolby Stereo. Its programming was also usually geared towards family-friendly films i.e. Disney movies would open in Lethbridge here, as the seating size was in between that of the Paramount and its second screen. It was closed in 1994 shortly after running The Lion King and was reopened very briefly as a live theatre venue. It was demolished when Walmart moved out of the College Mall and the mall space was repurposed as a strip mall.