Canadian Theatres opened the Marlborough 3 on February 18, 1977 at Marlborough Town Square in Calgary. The three screens at the theatre seated 756 in total, with the largest, Cinema One, seating 359. 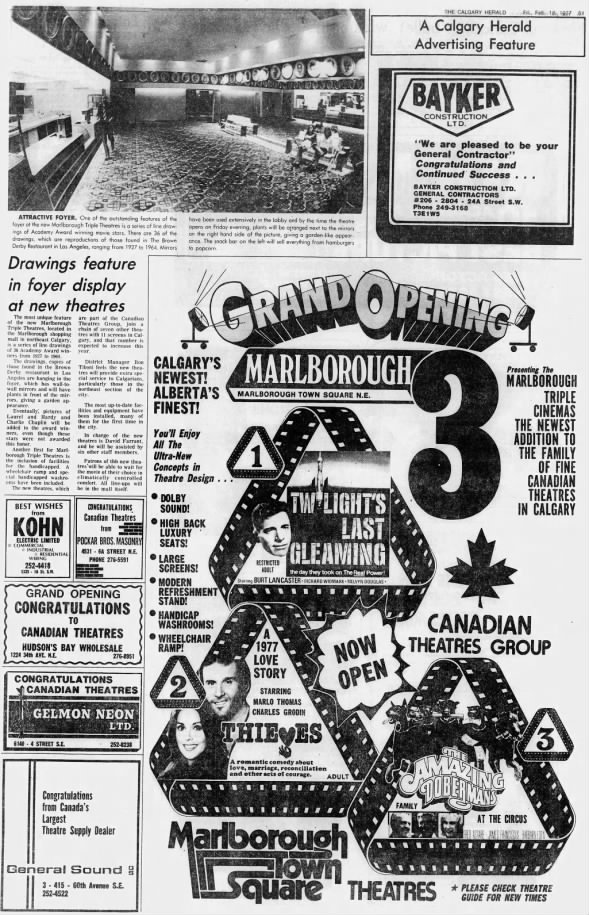