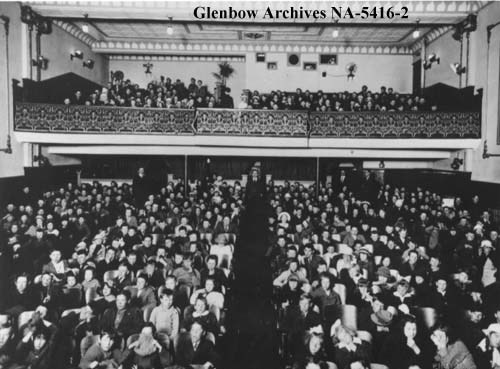 The Hitchin' Post Theatre was opened by Famous Players on December 26, 1949 with William Benix in “Life of Riley” & Johnny Mack Brown in “Prairie Express”. According to a December 24, 1949 article in the Calgary Herald it was decorated in Western themes and played western, action and comedy films.

The Hitchin' Post Theatre was closed in 1959 and was subsequently renovated for retail.

Here is the Calgary Herald article from December 24, 1949 describing the upcoming opening of the Hitchin' Post Theatre.

This theatre was operated jointl by Mr.K.M.Leach and Famous Players Canadian Corporation.

Here is the article from ScreenClassic 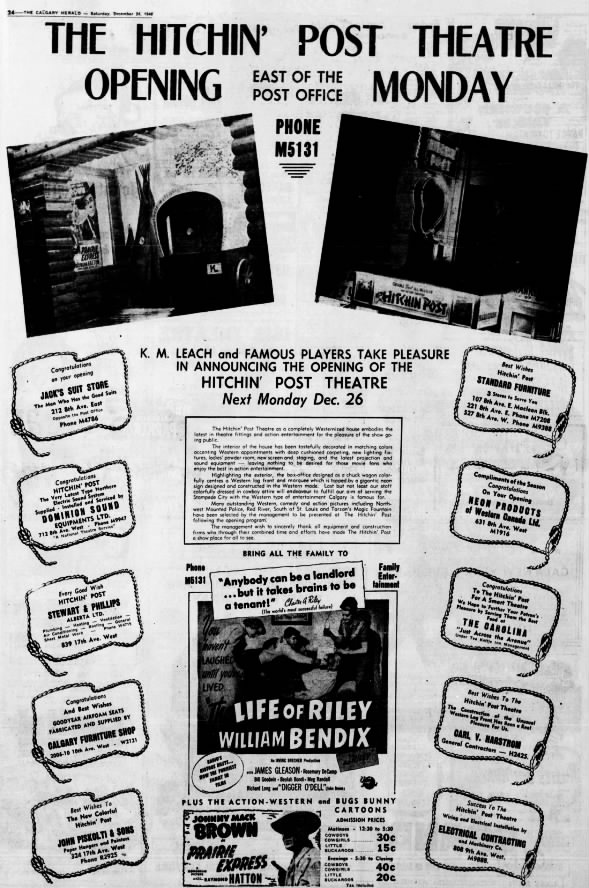 clicking on it zooms it in.

The book Reel Time: Movie Exhibitors and Movie Audiences in Prairie Canada, 1896 to 1986, by Robert Morris Seiler and Tamara Palmer Seiler says that the Empress Theatre was designed by architects Harry S. Burroughs and J. Bernard Richards. Other sources give the names as S. Harry Burroughs and John B. Richards. The partnership of Burroughs & Richards was only in operation from around 1909 to 1913.

The 425-seat auditorium was built at the back of an existing building, which was remodeled with an arched entrance through former retail space for the theater. Originally built for the Winnipeg-based Starland Theatre Company, by 1926 the Empress was listed in the FDY as a Famous Players house.