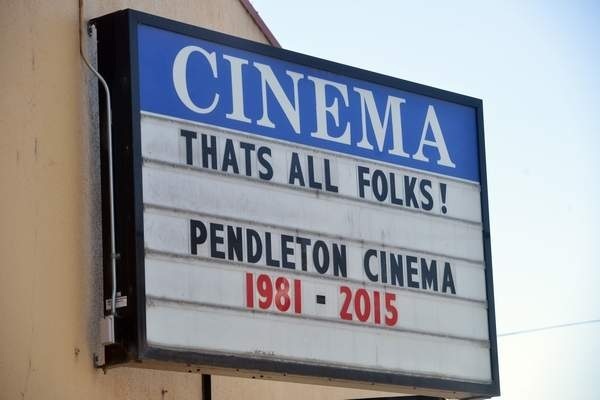 The Pendleton Cinemas was opened in 1981. Described as “a smaller theatre without stadium seating”, it was a three-screen multiplex, owned by the Destiny Theaters chain, who also run the multiplex in Hermiston, Oregon. It was closed in July 2015.