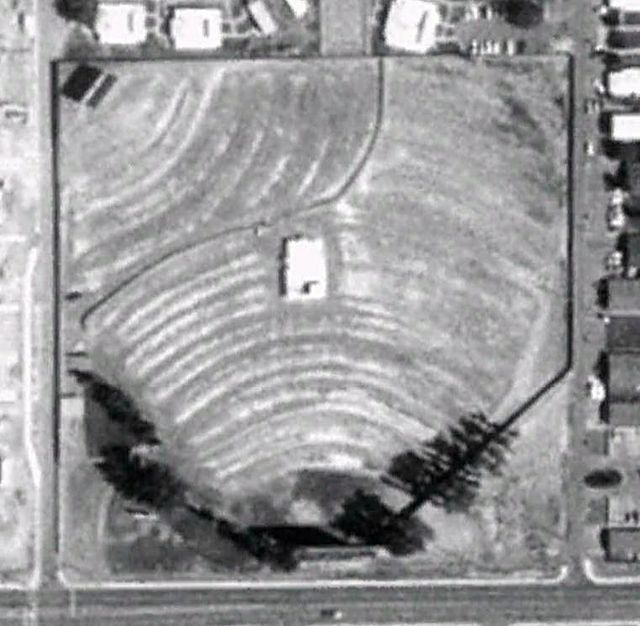 Open as a single-screen drive-in by Saffle’s Theater Service in 1954, with a capacity of 450 cars. They installed a second screen in the mid-1970’s, and capacity expanded to 600.

The drive-in would be owned by the Anderson family, owned by Jeffrey Anderson, and whose father installed the original projector in 1954.

The Country Drive-In showed their last movies in 2001. Greg Anderson did not open the drive-in for the spring 2002 season and made an announcement in June of that year that they would be shutting down. Current video technologies and an interest in the land itself made the Anderson family sell the land for a little over $2.5 million.

It was demolished in April 2003. A portion of the property is now a dental clinic.

Recently discovered that it was Marjorie Anderson who owned and operated the Country Drive-In. Its last day of operation was August 30, 2001. Mrs. Anderson died at the age of 96 in 2007.

Country was also briefly mentioned by movie critic Joe Bob Briggs in his column in 1995: http://www.dallasobserver.com/1995-10-12/film/joe-bob-briggs/2/

I was lucky enough to make 3 stops here for the ‘01 season, July 7, July 20 & Oct. 12. Which was about 3 weeks before they closed. Jeff said he had a good run, but the business had dropped off, the equipment was getting run down. He was a little tired of running the drive-in as well. They sold the property to WinCo Foods which was planning a new store in Yakima. That store was never built, the land remained vacant until around 2009, when Apple Valley Dental built on the southwest corner of the lot. The rest is still undeveloped including the apartments that were on the north side of the drive-in fields.

Thanks Steve for the great pictures and information.