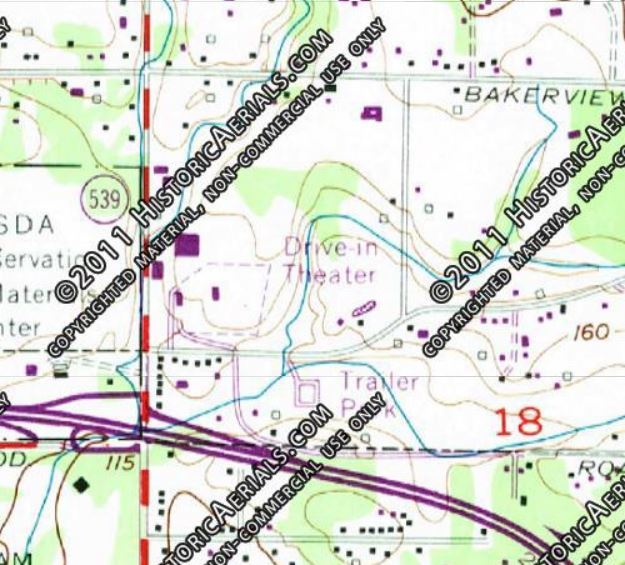 I’m surprised that no has mentioned the Viking Twin indoor which was build behind the screen tower of the Moonlite. The theater was open as late as December, 1978. I took a date there to see the original Superman movie. In think it was gone by about 1980 or so. I was working as a projectionist in the next town to the South (Mt. Vernon) and knew John Stanovich the chief projectionist there. He was also the Business Agent for the Projectionists Union in Bellingham. They ran all three screens in the Summer and dropped down to just the indoor screens after the DI season was over. With a cut in pay when the Moonlite closed for the season.

My Grandfather Arnold Larson, built and owned the Motor Vu and the Moonlite and later built the Viking Twin indoor. He later sold everything because he refused to play “R” rated movies. I remember working and playing at the drive-ins in the 60s.

The site is now an auto glass shop(Satelite Autoglass).