The Cornwall Centre Cinemas were closed on August 22, 2002 to make way for a retail expansion of the mall. 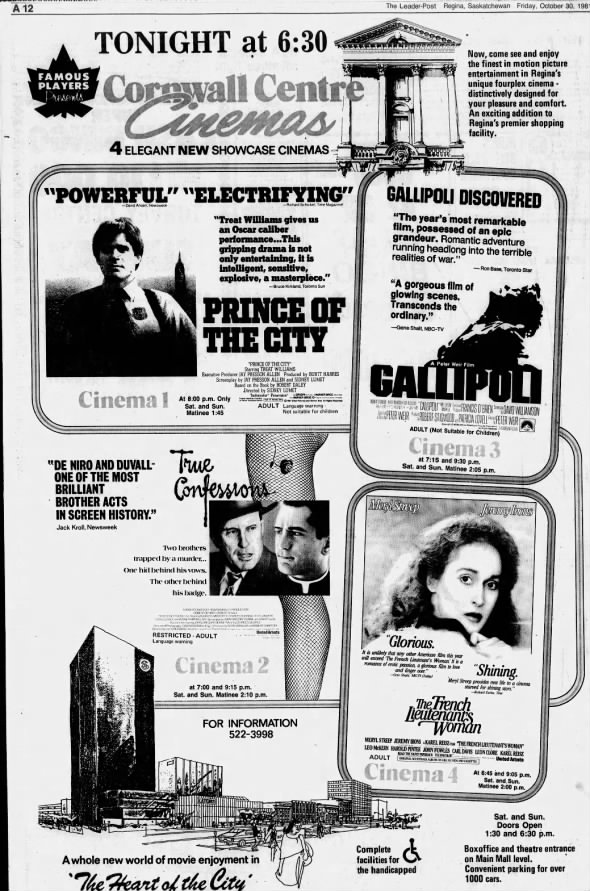