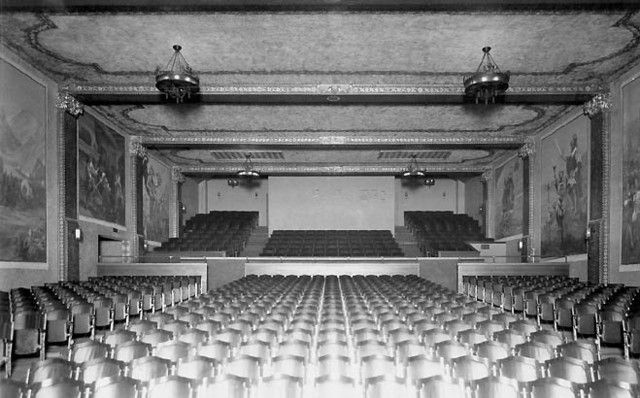 The Fairmount Theatre was located on University Ave by Fairmount Avenue. It opened on January 19, 1929 in the City Heights neighborhood of San Diego. It was part of the Fox West Coast Theatres chain and spent its 20 year life span under the control of that chain. It was constructed in the Spanish Revival style and featured a radio antenna atop it spelling out its name, ‘Fairmount’ in block letters. The first picture advertised as playing at the Fairmount was “Moran of the Marines”. In the 1941 and 1943 editions of Film Daily Yearbook, the Fairmount Theatre was listed as (Closed).

By 1950, it had reopened as the Crest Theatre, and played its last double bill of “Gunfight at OK Corral” and “Jubal” on March 29, 1959. It was demolished shortly thereafter.