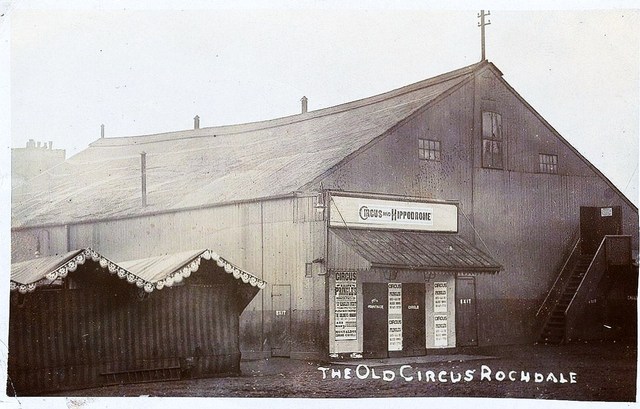 Located in the centre of Rochdale, Lancashire. Ohmy’s Circus was built and opened in October 1882. It was a wooden building, with seating all on a single floor. It was closed and re-opened on 23rd October 1883 as a circus and variety theatre, known as the Circus and Hippodrome.

The Circus and Hippodrome was closed in 1908 due to roadworks on Newgate when a new road was cut through the street. A New Hippodrome Theatre was built on an almost adjacent site, which opened on 16th November 1908 (which has its own page on Cinema Treasures).

This Cinema was used as a backdrop of a Chanel 4 Programme 20 or so years ago..