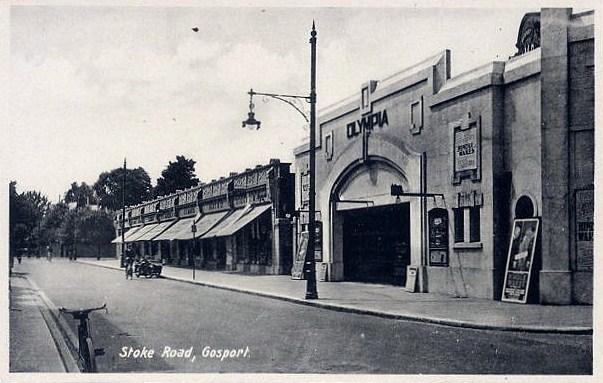 Located on the corner of Stoke Road and Queen’s Road in Gosport, Hampshire. This was built as a roller-skating rink in around 1911. The skating fad soon waned, and it was converted into the Olympia Picture House around 1912. The auditorium of the building had a currugated roof, and seating was provided on a single floor.

It was operated by H. Horne in 1927. It was refurbished in 1928 and was equipped with a British Talking Pictures(BTP) sound system by 1931. The Olympia Picture House was closed around 1937/1938. It was converted into a warehouse and has since been demolished.