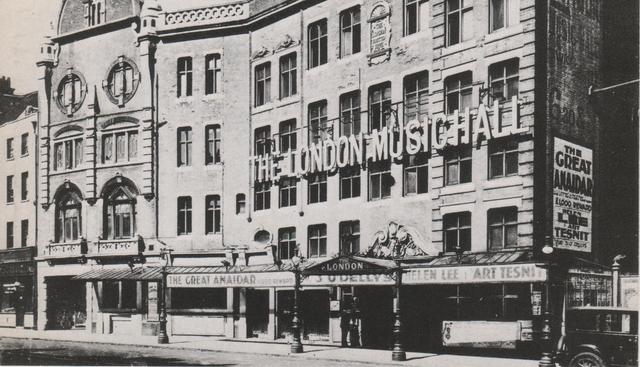 Located in the east London inner-city district of Shoreditch. Originally on this site on what was originally named Holywell Street, stood the Griffin Music Hall & Public House, which opened in 1856. It had a seating capacity for 250.

In 1894, it was demolished and the London Theatre of Varieties was built on the site, designed to the plans of noted theatre architect Frank Matcham. It opened in 1895. In 1896 it was re-named London Music Hall. Like all music hall theatres around the turn of the century, films were screened as part of the variety programme.