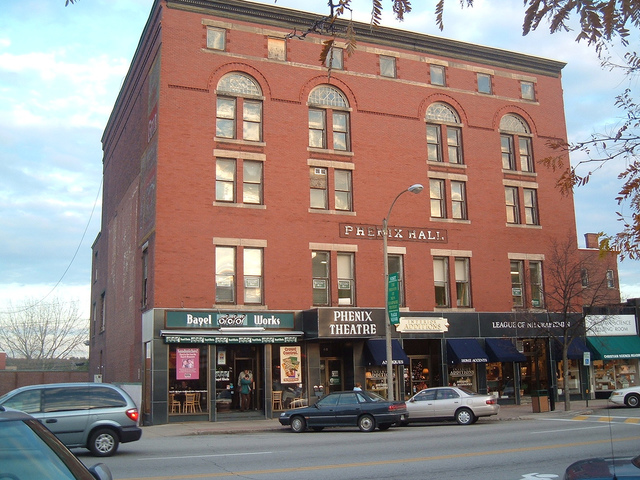 You would never even know this place was a 500-seat monster, but there is a sign high up on the brick building "Phenix Hall" and the walking tour of downtown Concord NH lists it as:

I know this is a "Cinema" Treasures website, but any old room with 500 seats and used from time to time as a movie theater counts for me!

(Editors note: it counts for us too!)

I wondered about the history of this place as I walked by it a couple of days ago on the way to the Capitol Center for the Arts. The Phenix is right near the former Capitol Theatre. Are there any photos available of the interior of the Phenix? I took one of the outside.