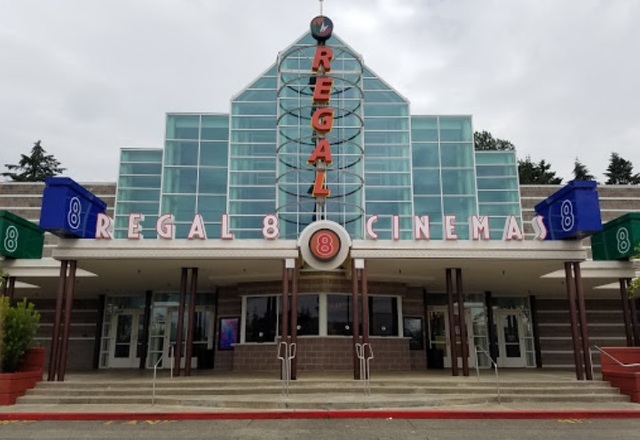 Tom Moyer’s Luxury Theatres originally opened the Crossroads 8 on December 9, 1988 with auditoriums ranging from 200 to 750 seats. The Seattle Times said the theater was built behind the old Crossroads four-plex at the mall, which would be converted into stores.

Is this theatre still equipped with 70 mm projection?

Crossroads was among just eleven theaters in the United States that installed the then-new Dolby Digital sound system for their engagement of “Batman Returns” which opened twenty-five years ago today. And here’s the link to a retrospective article that commemorates the occasion.

According to http://www.film-tech.com/cgi-bin/ubb/ultimatebb.cgi?ubb=get_topic;f=12;t=001143 this was one of the several theatres where Dolby Digital (AC3) premiered. Screened “Batman Returns” in SR/AC3.

Ghost— there’s lots of neon still at the Vancouver Plaza and a number of other former Act III/late Tom Moyer cinemas built during that period. I think it was a standard design motif that Regal kept. Dated but I think it still looks neat.

MotoFox: Did you not see my post from yesterday??? I mentioned the Dolby Digital thing and posted a link to the very same article.