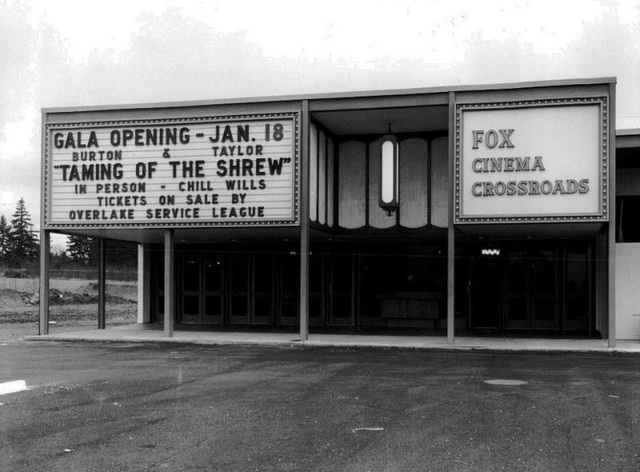 The Seattle Times noted that National General Theatres originally opened the 842-seat Fox Cinema Crossroads in January of 1968. In 1971 a 512-seat auditorium was built and it became the Twin Cinema Crossroads 1 and 2.