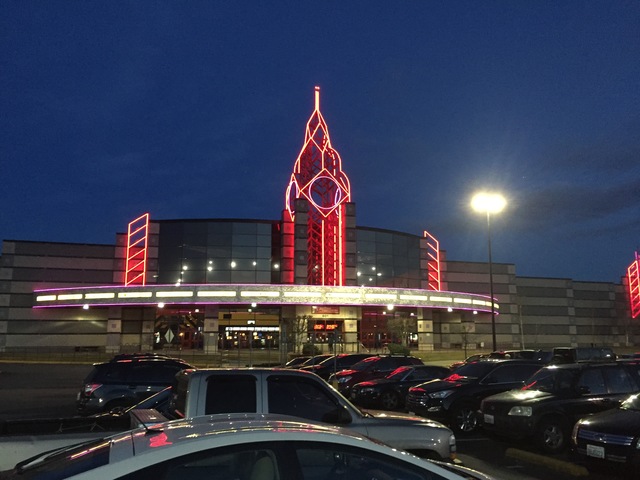 At the time it was said that the theater at the Auburn Super Mall was the largest multiplex in the state. The Times noted that the lobby of the themed theater was designed like an airplane hanger with a floor that looked like a blinking landing strip.