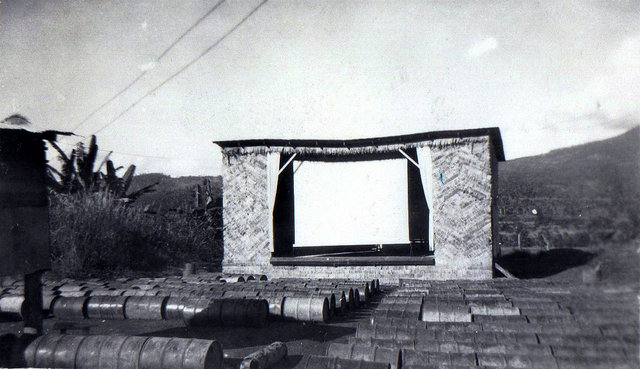 Even amidst the heat of war, American Army troops stationed at Leyte found time to catch a glimpse of their homeland … enjoying new American films while seated two and three abreast on sideways-laid oil drums in this hastily-constructed outdoor cinema.

Many soldiers who in those moments of respite here had enjoyed Hollywood’s latest offerings would not return home. Leyte was invaded by Imperial Japanese forces in 1941. The Allies retook the area on October 20, 1944. Burauen was by then devastated, and thousands of civilians were dead.