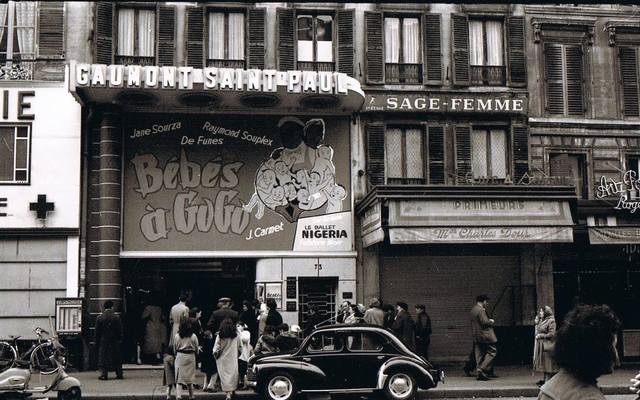 Located in the centre of Paris north of the River Seine. The Grand Cinema Saint-Paul was opened in December 1915. It had a second entrance around the corner at 38 rue Saint-Paul.