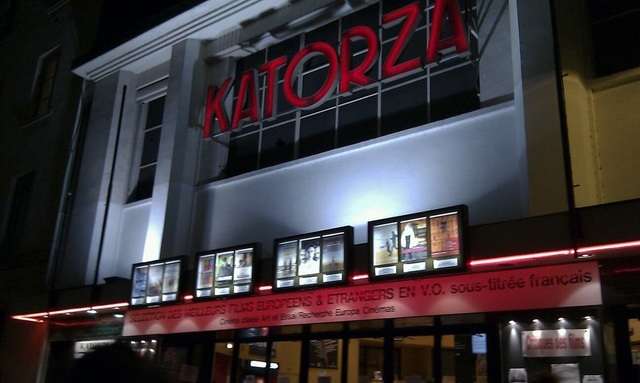 The Cinema Katorza was opened as a single screen cinema in the 1920’s. In recent years it has been sub-divided into six screens, and plays art house films. It is equipped to screen 35mm, digital and 3D films. Since 1996, the Cinemas Katorza has been a member of the Europa Cinemas network of art house cinemas.