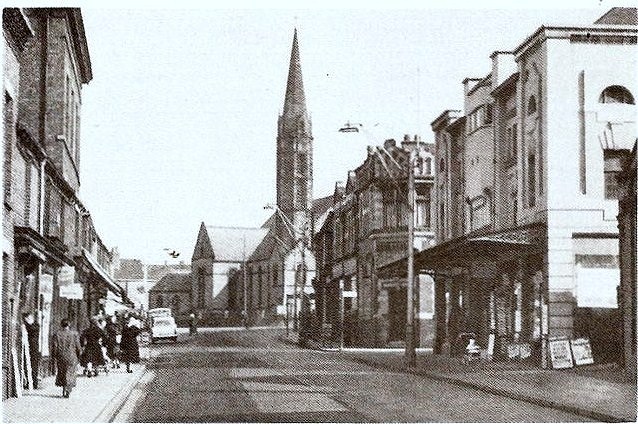 Located in Hindley, to the east of Wigan, Lancashire, at the corner of Market Street & Pennington Street. The Palace Cinema was opened prior to 1918. It was independently operated for all its life as a cinema.

Hi i have opened a deli bar which is part of the palace theatre can anyone help or advise me how i can get this picture to put on my wall. thanks

Around 2000, this former cinema was converted into T J’s Gym. The facade remained the original white but the wrought-iron work and marquee had long been removed. It was looking decidedly run down. The only sign of the original name, at this time, was the name of the newsagents to the right of the entrance. ‘Palace News.’ In 2008, the facade was scaffolded (see photos) and given a much needed refurbishment. Repainted in magnolia, it became ‘The Wigan & Ashton Gymnastics Club,’ In 2015 it was repainted, yet again, in a khaki colour, and shortly afterwards became a dance school. ‘The Hurst Dance Studio.’ The newsagents became a fireworks shop, called ‘Palace Fireworks,’aka ‘A&S Fireworks.’