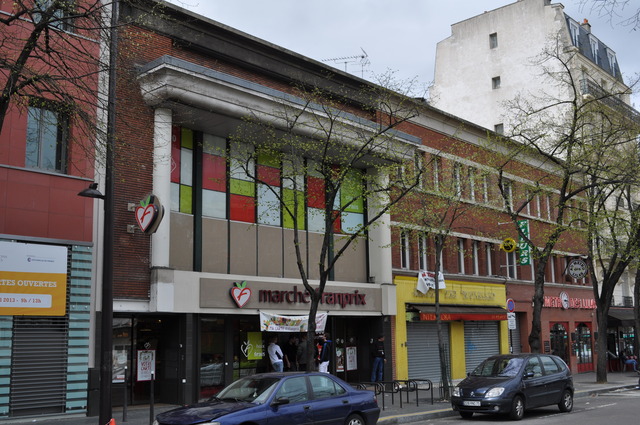 Located in the northeast of the city centre. The Cinema des Lilas was opened on 3rd February 1938. The entrance was on the left of the building, with the auditorium running parallel to the avenue on the right. The foyer had photographs of film stars on the walls. By 1946 it had ceen re-named Tourelles. The Art Deco style interior remained untouched until the 1960’s when the proscenium was widened to accommodate 70mm film presentations. Seating was provided in orchestra and balcony levels.

The Tourelles was taken over by UGC in the 1970’s, and was closed in 1987. It has been converted into a supermarket in the entrance foyer, with a false ceiling hiding the original decorative details. There is a flower shop and a bar using the former front orchestra section.