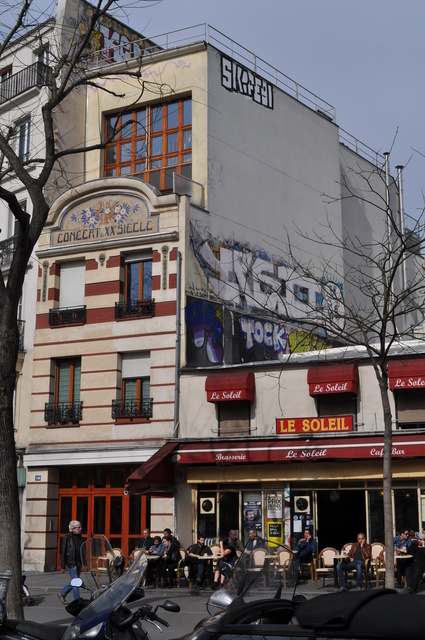 Located in the northeast of the city centre, and taking its named from its location in the 20th District (XX Arrondissement) of Paris. This originally was opened as a concert hall. On 23rd September1932 it began operating as a cinema named the 20 Siecle, or Cinema du XX Siecle with Brigitte Helms in “The Blue Danube”. It was still open in 1955, but had closed by 1965.

The building has been converted into apartments, but the decorative façade still survives intact.