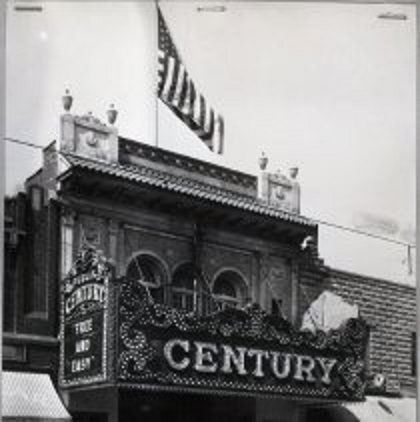 The LaSalle Garden Theatre opened August 29, 1920, and as its name would imply, featured an auditorium decorated to resemble a walled garden, similar to C. Howard Crane’s Garden Theatre, better known by its later name, the Sassy Cat.

It was designed by Christian W. Brandt, and was one of the largest of his many Detroit-area movie houses, seating just under 2,000.

The theater was renamed the Century Theater on March 8, 1930 when it was taken over by Publix. It remained in operation until 1954.

During the 1970’s, the former theater was completely gutted, and rebuilt as a car wash, which has long since been torn down.

According to the July 5, 1930, issue of Exhibitors Herald World, Publix had acquired the La Salle Garden Theatre in Detroit and reopened the house as the Publix Century Theatre.