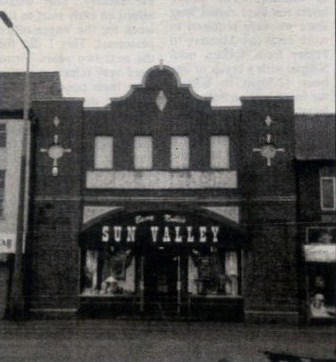 Located in Blackheath, a district today on the outer boundary of South Greater Birmingham, and to the north of Halesowen. The Kings Cinema was opened on 2nd April 1923 with “Dick Turpin’s Ride to York”. It was operated as an independent cinema by Thomas Cooper for all its cinematic life.

It was equipped with an Edibell sound system on 31st March 1930, when the first talkie to be screened was “The Broadway Melody”.

The last advertised film to be shown at the Kings Cinema was Randolph Scott in “Guns in the Afternoon” on 3rd November 1962, but some locals say it continued to operate until the winter of 1964/1965, when the final film was “The Absent Minded Professor”.

The building was converted into a bingo club in the auditorium, with an amusement arcade in the foyer. These ceased operation in 2010. By July 2012, it had been converted into a Cash Converters pawn shop.

The Kings had a stage and fly tower but was very rarely used for stage shows. This whole stage house has now been demolished and bricked up at the proscenium.