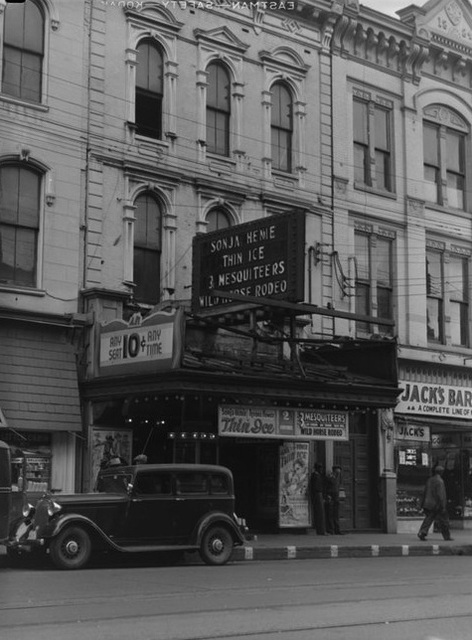 This was originally the 450-seat Hippodrome Theatre, opening in 1907. In 1911 an adjacent building was converted into the Hipp Annex Theatre which had 260-seats. In 1913 the Hipp Annex Theatre was closed and the Hippodrome Theatre was rebuilt, reopening on October 20, 1913 as the 934-seat Ada Meade Theatre. This was an African-American Theatre. In 1936 it was taken over by the Schine Circuit Inc. It was closed & demolished in 1954.

The Lyric Theatre, which was restored and reopened in the last few years after being closed for decades, was the African American Theatre. The Ada Meade, which was considered one of the most beautiful theatres in Lexington, opened as a vaudeville house. It faced Main Street, located on the block between Mill Streets and Broadway. The University of Kentucky Special Collections has a photograph of the facade of the theatre.

The photograph on this page is several blocks away from where the theatre was located. The early cemetery for Lexington used to be on that site before the graves were moved. A large church is behind the buildings shown. There has been a church on that site since the early 1800’s.

This web page has a brief history of the Ada Meade Theatre, named for Lexington-born stage actress Ada Meade Saffarans. The house opened as the Hippodrome in 1907. It originally seated 450.

In 1911 an adjacent building was converted into the 260-seat Hipp Annex theatre. In 1913 the Annex was closed and the original theater was rebuilt and expanded to 934 seats. It was renamed the Ada Meade Theatre, opening October 30, 1913.

By the 1920s the house had become a third-run movie theater. After changing hands a number of times, it finally became part of the Schine circuit in 1936. The Ada Meade was closed and demolished in 1954, its site becoming a parking lot.

Opened as Hippodrome on November 25th, 1907 per this article 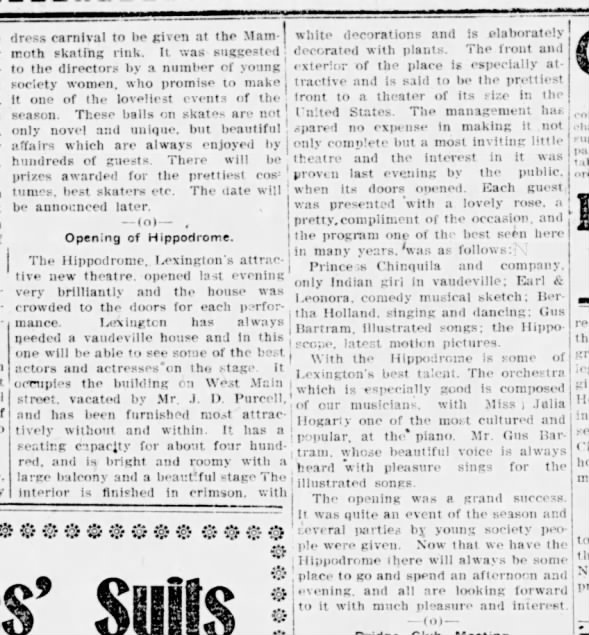 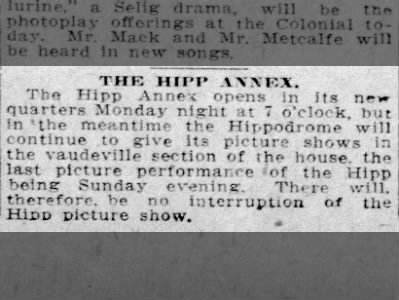