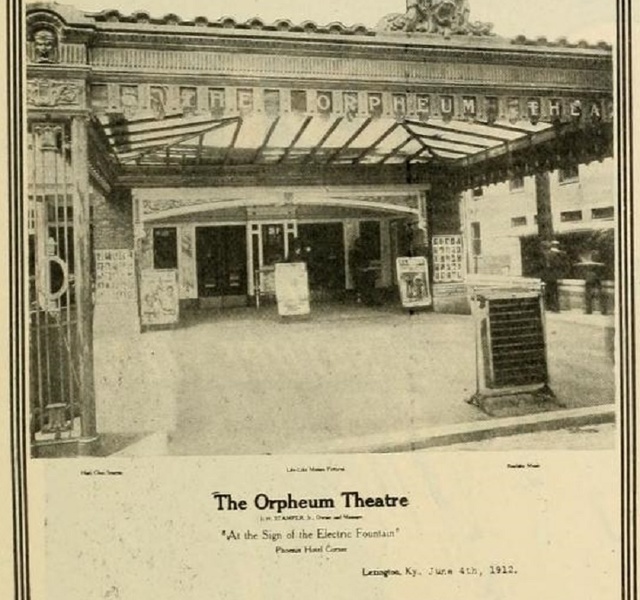 The Orpheum Theatre opened on April 18, 1912. Originally live theatre and later motion pictures. The theatre closed around 1932 and was later demolished. This was an African American Theatre.

An item in the August 29, 1919, issue of the Pars, Kentucky Bourbon News reported that a fire had broken out in the projection booth of the Orpheum Theatre, Main and Limestone Streets, in Lexington. Fire damage was confined to the booth, though the theater suffered some water damage.

For many years the Orpheum was operated by a Mr. J. H. Stamper, Jr. who, as of 1921, also operated the Strand Theatre and the Star Theatre.

This web page from the Lexington History Museum says that the Orpheum opened in 1914 and closed in 1930, and confirms the location as the corner of Main and Limestone Streets. It was a nickelodeon seating about 400. 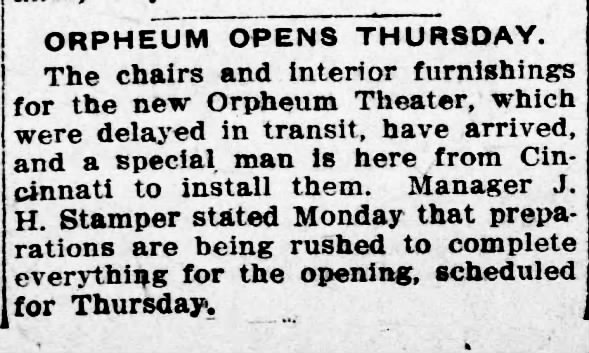