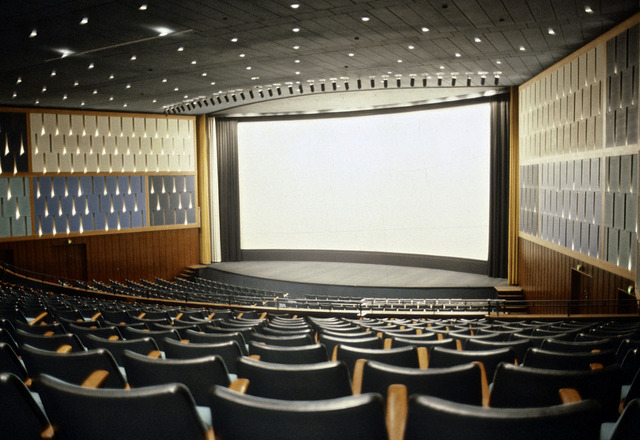 The 3 Falke Bio was the first Todd-AO cinema in Scandinavia. A purpose built 70mm house, this was the best cinema in Denmark. It is located in the Falkoner Centre in the Frederiksberg district of Copenhagen, off the city centre.

It opened on October 23, 1958 with “South Pacific” presented in Todd-AO. It closed after the last performance on December 14, 1982. It was converted into a concert venue and the screen, projection and half the seats were removed. This was later closed and the auditorium was gutted.

In 2005 it reopened, re-named Audience with a slightly reduced seating capacity of 800. It is now incorporated into the adjacent Radisson SAS Falconer Hotel and is used for special events and as a screening room with a roll-down screen. It is not a public cinema.