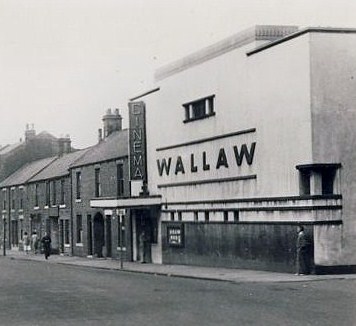 Located in the small fishing town of Newbiggin-by-the-Sea, Northumberland, on the corner of Front Street and Moor Croft. The Empire Picture Hall was opened in May 1913. In the early-1920’s it was re-named Wallaw Picture House when it was taken over by Wallaw Pictures Ltd. It was equipped with a British Thomson Houston(BTH) sound system in the early-1930’s. In the late-1930’s it was given an Art Deco style makeover, and was re-named Wallaw Cinema.

Equipped with CinemaScope in 1955, the Wallaw Cinema was closed on 30th September 1961. It was converted into a bingo club, which closed in 1984. The building then stood unused until it was demolished in the mid-1990’s. Housing was built on the site.

The Wallaw was demolished in the mid nineties.