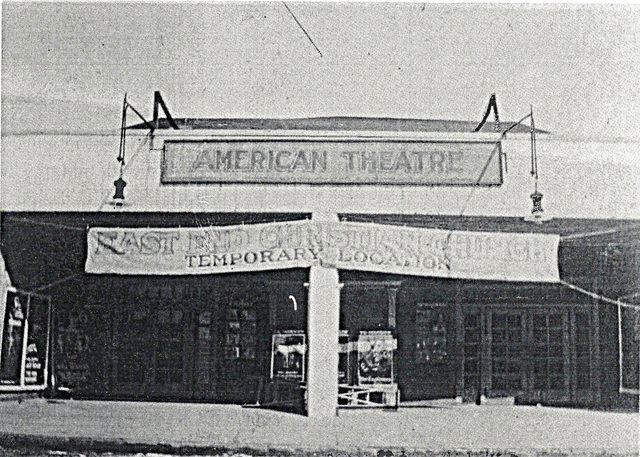 The older buildings where this first American Theatre was located have been demolished for the construction of Playhouse on the Square in 2008-2009.

The original American stood approximately across the street from Circuit Playhouse (Memphian Theatre). Before the new Playhouse on the Square was built, a portion of the building on the site was higher than the rest. That has been verified as the former auditorium of the American, the oldest of the three structures (which was also said to have had its screen behind the box office like the Old Daisy). The building torn down to build the new Playhouse on the Square was three connected buildings with different street addresses. I didn’t remember one area was taller and oblong until I first saw a mention of the American Theatre at that address. When the building was removed it had been remodeled many, many times and no real trace of its former uses was apparent. The only thing you could tell is that it was pretty old and decrepit. A theatre with this name is also listed in the 1929 City Directory at 51 S Cooper, the actual site of Circuit Playhouse (Memphian). The primary reason Playhouse on the Square is on Cinema Treasures is that it moved from the Memphian where it was previously listed. Playhouse also hosts part of the Indie Memphis Film Festival.