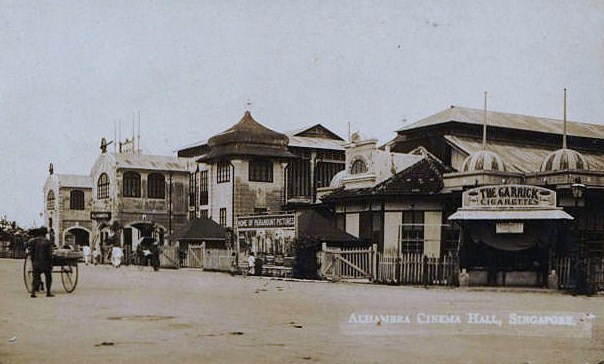 Located at the corner of Beach Road and Middle Road, next to the former Marlborough Cinema. The Alhambra Cinema was opened in 1907 and was built for Tan Cheng Kee, a motion picture pioneer of his day. It was taken over by the Shaw Brothers chain, and in the 1930’s it became the first cinema in Singapore to install air conditioning.

The Gala Cinema (and neighboring Marlborough Cinema) was closed in the late-1960’s and demolished in the early-1970’s. The Shaw Towers was built on the site.