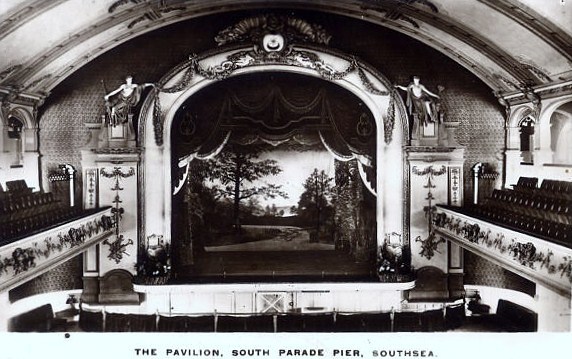 By 1932, it was showing films, having been equipped with a British Thomson Houston(BTH) sound system, and films continued until at least 1937. Reverting back to live theatre use, it remained a popular theatre.

It was severely damaged by fire in 1967, and it was demolished. Another fire on 11th June 1974 during the filming of the Ken Russell film “Tommy” seriously damaged the other building on the pier (previously used as a dance hall). The South Parade Pier is currently in private hands and has been closed due to being deemed an unsafe structure, and is ‘For Sale’.