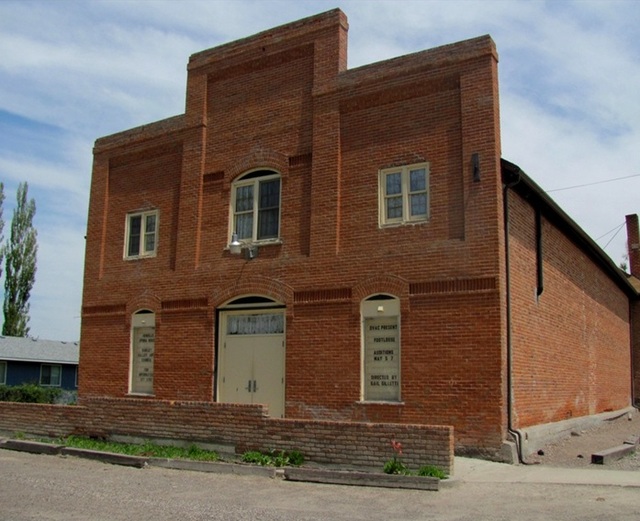 Howells Opera House was built in 1907 by Judge Howells at a cost of $22,000. According to the Oakley Valley Arts Council, it was at one time the most luxurious theater between Salt Lake and Boise.

In the late-1920’s it was sold to the LDS church and began its life as a movie theater, seating somewhere around 300. During most of its movie days it was commonly called the Oakley Playhouse.

In the 1970’s when it was faced with demolition, it was purchased by the Oakley Valley Arts Council and restoration began. Presently Oakley has a population of 635 but the theater, which is now a venue for the performing arts, draws from a wider area.