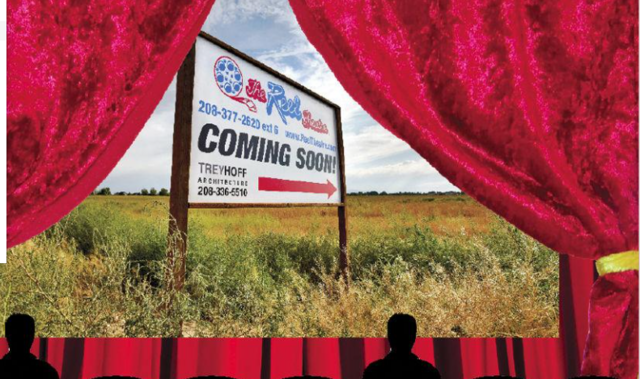 The Kuna Theatre was built in the early 1920’s. Boxoffice magazine noted a remodeling in 1949 and the Kuna Historical Society say that it was remodeled in 1956.

The Film Daily Yearbook of 1954-55 lists it with 246 seats. Recently it has been home to Grandpa’s attic, a second hand store.

The Kuna Theatre was in operation as early as the early 1920s.

In 2015 Reel Theatres announced it would be opening theatres in Kuna and Caldwell. The Kuna theatre would have 9 screens and open in 2015. It didn’t but the one in Caldwell did.

In 2017 Reel theatres announced that they were still committed to the Kuna location but shortages of labor and materials and utility and road work in the area of the future theatre, 1301 North Meridian Road, had caused the delay. They were then going to get new estimates from their contractor and would move ahead. There was even a large sign erected on the site. See the photo I’ve uploaded.

The theatre has neve been built and I haven’t found any later updates from Reel.