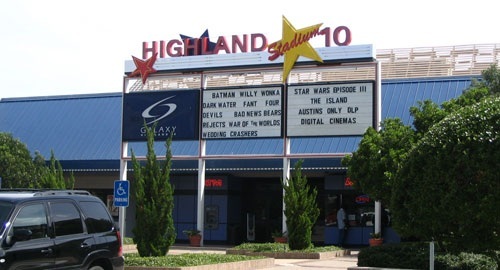 The Highland Cinema 2 was closer to the mall. It was in the building where the House of Torment Haunted House has been held for many years. I believe General Cinema built this one(now the Galaxy) originally with 10 theaters sometime in the 80s/early 90s.

This opened on December 16th, 1988. Grand opening ad in the photo section.

Reopened by Entertainment Film Works on November 2nd, 2001 after closing in 2000.