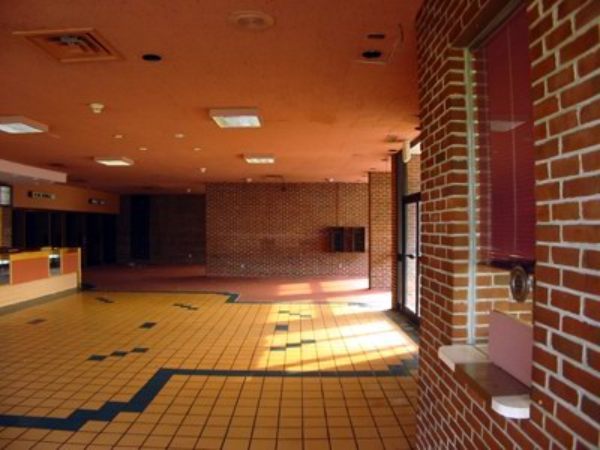 A Suburban Detroit theater, the 1,200-seat Eastland Theatre opened September 17, 1969 and was originally designed by Ted Rogvoy, the architect who earlier designed such Detroit-area treasures as the now-lost Mercury Theatre in Detroit, the State-Wayne Theatre in Wayne, and the Terrace Theatre in Livonia.

Though both the 1 & 2 and Eastland Mall theaters were part of the AMC chain, the two were effectively two separate theaters, causing a bit of confusion as to which movie was playing at which location.

In 2000, both Eastland theaters were among the many smaller, out-dated Detroit-area houses which AMC shuttered during that year.

The Eastland 2 was later demolished for a Lowes.

Many memories here. Saw “Popeye”, “Poltergeist”, and “Ordinary People” to name a few. It was a quaint theatre with that feeling you were in your living room watching a movie.