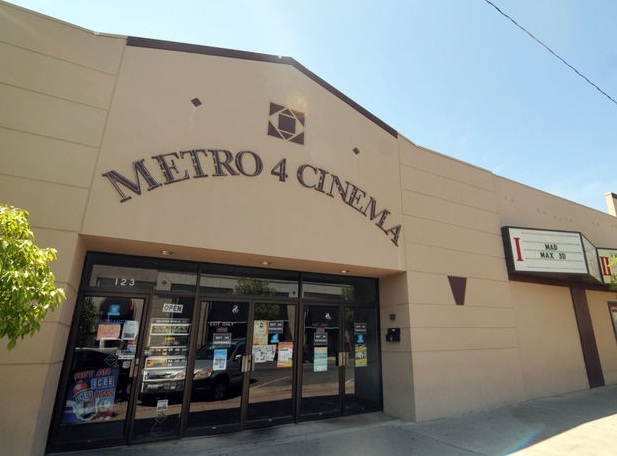 Converted from an auto repair shop which was built in 1913. Gary Culver of Culver Theatres opened the Metro 4 on December 16, 1983. In 2007 the owners of the building turned operations over to North American Cinemas who gave it a $50,000 renovation, which included upgraded projectors, sound, and concessions.

North American Cinemas later became Santa Rosa Entertainment Group (SREG). The Sentinel newspaper said in 2011 that luxury reclining seats were installed, and that the theatre has Dolby Digital 3-D capability on every screen. It was closed July 31, 2017. It was reopened by Movie Heroes in October 2017. It was closed in March 2020 due to the Covid-19 Pandemic. It was announced in May 2020 that the theatre would be closed permanently. It was taken over by The Downtown Dream who are renovating and hope to reopen two of the screens in 2023.

The theater has been reopened by Movie Heroes: https://movieheroes.com/showtimes/site/metro4

The 1913 downtown building once housed an auto repair shop and was re-imagined as a theatre in 1983 by Group 4 Architecture in San Francisco. Culver Cinprise of San Francisco opened the four-flex on December 16, 1983 with “Scarface,” “The Keep,” “The Rescuers” and “Cncommon Valor.”

This theatre was closed by Movie Heroes on April 24.

The 1913 downtown building once housed an auto repair shop and was re-imagined as a theatre in 1983 by Group 4 Architecture in San Francisco. Culver Cinprise of San Francisco opened the four-plex on December 16, 1983 with “Scarface" on the Monroe Screen, “The Keep” on The Duke Screen, “The Rescuers” on The Gable Screen and “Uncommon Valor" on the Bogart Screen. The Downtown Dream took on the venue in 2022 attempting to relight two of the four screens in 2023. Status - Renovating