The police seized “The Exorcist” on April 26th, 1974, resulting in a near-riot at the theatre. 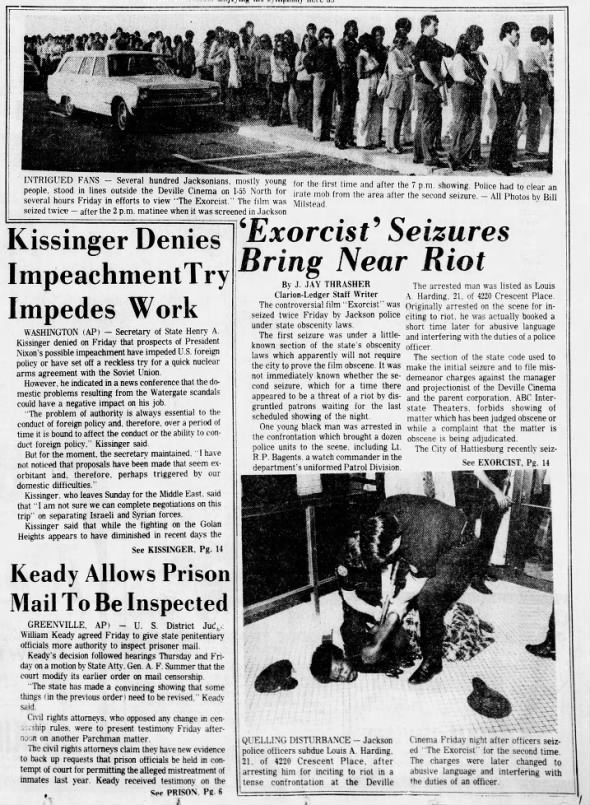 DeVille Cinema was the local theater that brought the first two Star Wars films to Jackson in the late 70’s. They also were a location that played midnight Friday showings of “Rocky Horror Picture Show” from it’s first release in the 70’s all the way to when management changed in 1985. The marquee was on top of the entrance until 1976 when Wilson’s Catalog Showroom was built in front of it. The marquee was moved out to the side of the Wilson’s store, and is still there, half with a DeVille Plaza sign and the other half with the name of the nightclub there. I have not been there since it changed into a club.