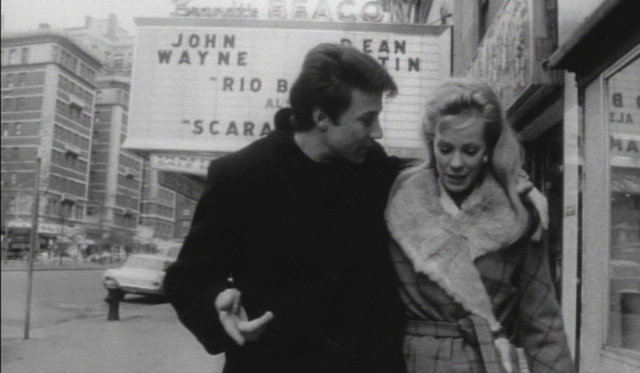 The Warner Bros. Beacon Theatre was opened on December 24, 1929 with Monte Blue and Lupe Velez in “Tiger Rose”. It was designed by architect Walter W. Ahlschlager who also designed the Roxy Theatre in 1927. The Beacon Theatre was considered to be a little sister of the Roxy Theatre. Inside the auditorium a polychrome sunburst plaster canopy projects above the stage, supported at the corners by two great lances. Seated golden lions on either side of the balcony are silouetted against bright murals by Danish artist Valdemar Kjoldgaard depicting caravans of traders. It is equipped with a Wurlitzer 4 manual 19 ranks theatre organ. It was operated by Warner Bros. until 1932. By 1950 it was operated by Brandt Theaters.

The Beacon Theatre hosted concerts, and the theatre ‘starred’ in Martin Scorsese’s documentary “Shine a Light” about the Rolling Stones 2006 shows at the theatre.

In November 2006, Madison Square Garden Entertainment(MSG), a division of Cablevision, began operating the Beacon Theatre under a twenty year lease from the Beacon Broadway Company, which has long owned the theatre. After a seven month, $16 million restoration, the Beacon Theatre reopened February 13, 2009 with concerts by Paul Simon. New dressing rooms, a maple stage floor and new air conditioning were installed. Paint was removed from the Broadway ticket booth to reveal brass, glass and marble. Original murals were restored or replicated. 2,100 square yards of wool carpet in gold, yellow, green and maroon was replicated after a remnant was discovered. New draperies with gold tassels replaced long gone originals. Since 2018 in April/May the Beacon Theatre has been used by the Tribeca Film Festival.

It has been the home to the Tony awards for the past 2 years.

When I lived in NYC in the 1960s I used to go to the Beacon frequently – it still showed films then. Although a bit run-down, it was still a beautiful film palace, one of the last in the city. It is heartening to learn of its restoration. Alas, too bad about the splendid Broadway Paramount – another beautiful theater converted to offices. Too bad they could not have restored that one also!

Is anyone familiar with the current status of the Beacon’s great Wurlitzer organ? Is it playable/actually played. I’ve read that the console has been buried underneath a stage extension since the 2008 renovation. (Not unlike the Beacon’s sister Roxy Theatre’s Kimball. Fortunately, the Beacon’s organ’s pipes speak from chambers above the stage, not below it as at the Roxy.) Thanks.

The Beacon was originally supposed to be one of theatres in a Roxy movie chain backed by William Fox. I am so glad it has been basically restored to its original condition.

I lived at the queens bridge housing project, and frequented the Beacon Theatre for 50 cents. I recall, toys were given out, to the winner of the lucky ticket, after a brief short was played of race of some kind. Good memories.

A segment of the Today show that aired today was shot at this venue featuring an interview with Jerry Seinfeld, who frequently uses the Beacon for stand up comedies. 30 years ago this week, Seinfeld made its debut on NBC and soon became a hit.

To answer the question from MarkDHite from 2016. Yes, the organ is still there under the stage extension. Members of the New York Theatre Organ Society have in the past offered our services to bring the organ back to life but the Beacon wants no part of it. I’m just glad they haven’t thrown it into a dumpster.