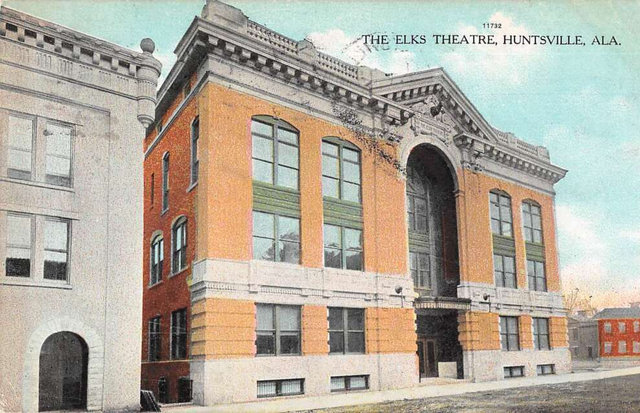 The Elks Theatre opened on November 19, 1907. The Elks Building itself was built in 1905. The opening show at the Elks Theatre was “The Lightning Conductor”. The manager at opening was Mr. Walter Humphrey.

Movies and soundtracks were first introduced at the Elks Theatre in Huntsville. The theatre was remodeled and leased to American Artists Assoc. in 1925. As a movie theatre seating was listed at 592. By 1950 it was operated by the Lyric Amusement Co., a subsidiary of the Nashville, TN. based Crescent Amusement Co.

The Elks Theatre closed in 1954. It has since been demolished.