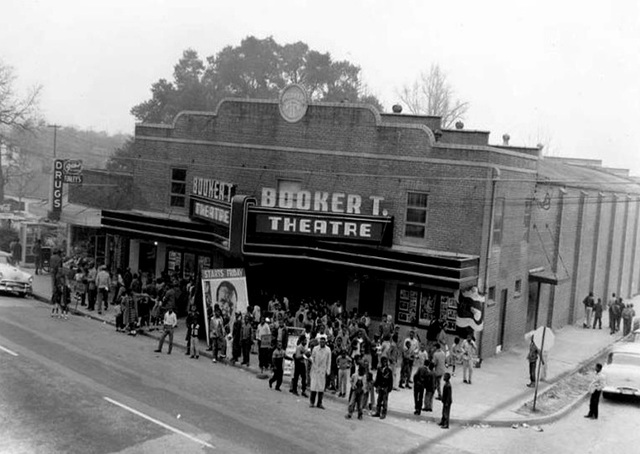 The Booker T. Theatre was open in the mid-1940’s, the street was originally named Davis Avenue. The fairly large theatre seated 1,025. It was owned by King, Inc. This was listed as a Negro Theatre. The theatre closed in the mid-1970’s and has since been demolished.

I attended many movies at this theater as a child. Believe it or not, movies were 25 cents originally and later rose to 50 cents (much to our horror). The Booker T, the Lincoln and the Downtown Theater balcony were the only three Mobile Theaters that blacks could go to during my childhood due to segregation laws at the time. The Lincoln Theater was several blocks down the street from the Booker T.

While seeking information on a different theater, I discovered that Mr. King’s son-in-law, Raymond G. Ward, designed this one. I had known that he supervised the construction, but not that he designed it.