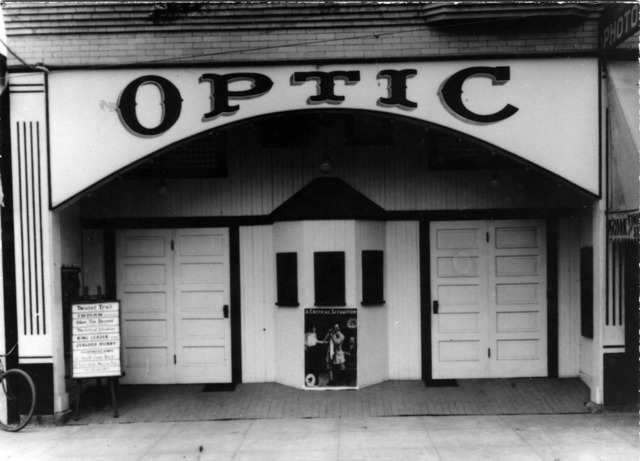 The Optic Theatre opened on January 31, 1910, at which was then 111 S. Greenleaf Avenue. In June of 1914 the Whittier News reported that oilman E.C. Hause, who planned many improvements, had bought it.

The Optic Theatre was apparently closed in early-1915 and disappeared from the listings replaced by a hardware store, which was advertised in the Whittier News.

Here is a photo of the Optic Theatre in Whitter dated 1909.