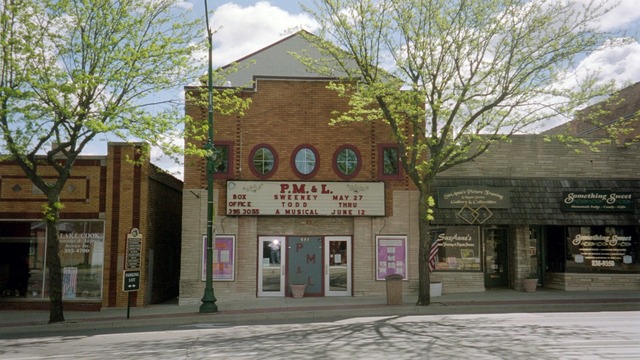 This small theatre opened around 1914 as the Crystal Theatre, seating 350. It contained a small stage area and a balcony.

In 1946, the theatre’s name was changed to the Lakes Theatre, and operated another eight years before closing as a movie house in September 1954.

Beginning in 1963, the Palette, Masque and Lyre Theatre Company began renting the vacant Lakes Theatre and has called it home ever since.

In 1982, the group purchased the theater outright, and in 2002, after a $1.5 million gift, the theater, known as the PM & L Theatre, underwent a renovation that enlarged seating, created larger lobby areas, a larger stage area and updated plumbing and electricity.

Here is an undated photo:
http://tinyurl.com/3bsmkv