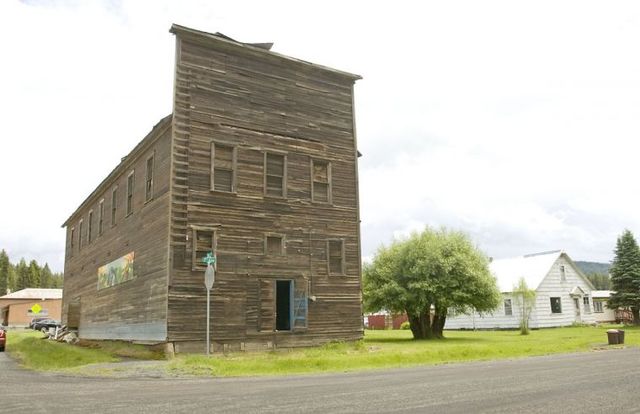 The Members of the Bovill Improvement Group (BIG) is working to restore the old Bovill Opera House. In June of 2013 the Moscow-Pullman Daily News published some current photos of the building. Included was a cache of recently discovered vintage movie posters.

The Opera House was put on the National Register of Historic Places in 2010. The Sanborn Insurance Maps has it listed as showing moving pictures as early as 1916. The Film Daily Yearbook’s of 1941 & 1943 list the Opera House as (Closed). It had re-opened by 1950 and is listed with 220 seats.