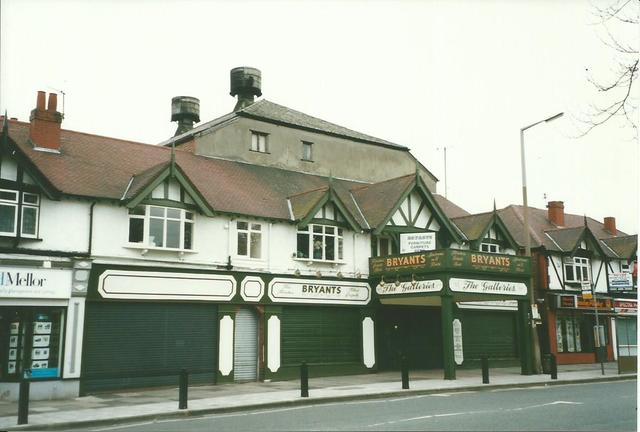 Located in Cheadle Hulme, Cheshire. Designed by Stockport based architect Herbert McLellan, the Elysian Cinema was opened to an invited audience on 22nd November 1930 with “Behind the Curtain” and variety acts on the stage. It opened to the public on 24th November 1930 with Bebe Daniels in “Rio Rita”. Seating was provided in stalls and circle levels. It was equipped with a Western Electric(WE) sound system. The cinema also had a café for the convenience of its patrons and a free car park. The Elysian Cinema suffered damage from a fire in February 1931 which destroyed the stage and fittings. Repairs were carried out and it reopened in 1932.

Always independently operated, it was closed on 2nd March 1974 with “Day of the Jackal”. It became a supermarket, and is now a furniture store for George Bryant & Sons Ltd.