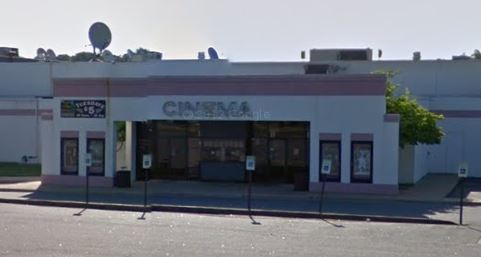 The Cinema Twin opened in the late-1970’s as a twin by Stewart & Everett Theatres. It was built on the site of the former Starlight Drive-In along with the shopping plaza. Carmike Cinemas took over operations in 1986 and by the late-1980’s there was four screens, by 1996 it had expanded to eight screens. In 2008 digital projection and sound was installed in each auditorium.

This was built on the site of the Starlight Drive-In.